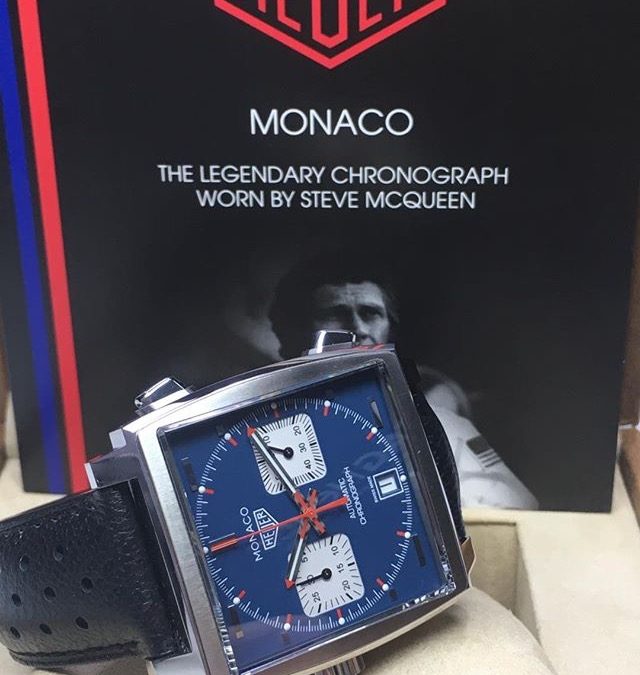 The TAG Heuer Monaco Automatic Chronograph wristwatch was originally introduced by Heuer in 1969 in honour of the Monaco Grand Prix. This watch was revolutionary for being the square cased chronograph and was used in the 1971 film Le Mans to accessorize Paul Newman. After many reeditions in the preceding years the current model (CAW211P-FC6356) is still one of our most popular TAG Heuer models.